(1) Staggered layer: Irregularly displaced between the end face layer and the layer, causing the end face to be uneven. Causes: the blank is not flat; the rolling mill unwinding, the winding tension is not properly controlled; the flattening roller is not properly adjusted.
(2) Collapse: The core of the coil is severely deformed, and the roll is not round. Cause: Improper tension during crimping; external force is oppressed.
(3) Lateral bending: the shape of the plate is curved to one side. Cause: The leveling machine is not stressed enough.
(4) Wave: A general term for various unevenness phenomena formed by aluminum sheets and aluminum strips due to uneven deformation. The waves generated by the plates and the edges are called the side waves, the waves generated in the middle are called the middle waves, and the waves between the middle and the sides that are neither in the middle nor on the sides are called two-ribbed waves, which are small in size and usually The circular waves are called broken waves. Cause: The roll gap adjustment is unbalanced, the roll type control is unreasonable; the lubrication and cooling are uneven, and the aluminum plate is deformed unevenly; the distribution of the pass reduction is unreasonable. In the production process, due to improper operation or other reasons, the aluminum plate has various types of pattern defects on the surface, such as pine dendritic defects, roll mark defects and landscape defects. These defects seriously affect the appearance and sales of aluminum panels. How to avoid these defects is a top priority for every aluminum panel manufacturer.
As a manufacturer that entered the aluminum sheet market earlier, Mingtai Aluminum has more than 20 years of processing experience. Through the introduction of advanced technology and continuous research, the company produces smooth aluminum plates with no defects such as creases and scratches, and it has a coup to the surface defects of the 5052 aluminum alloy. Let’s take a look.

Such defects are usually produced during the cold rolling of the 5052 aluminum sheet. The main reason is that the surface of the defect is generally smooth due to the cracking of the lubricating film between the cold roll and the rolled piece. In severe cases, unevenness may occur. It can be solved by reducing the amount of reduction, adjusting the composition and content of the additive, adjusting the temperature of the rolling oil, and eliminating the equipment failure. 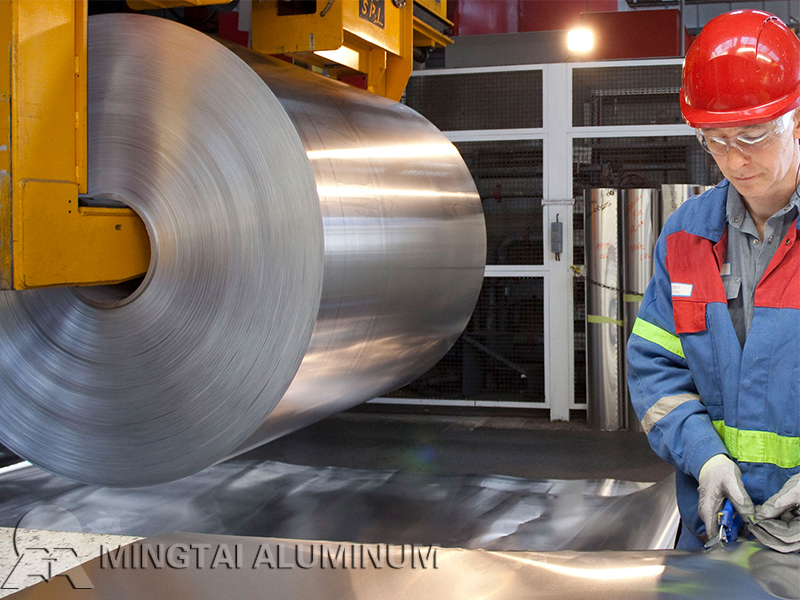